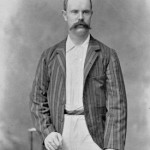 Alick The Rat: The Other Bannerman Tweet In the 1880s, a picture began to emerge of the archetypal Australian as tall and bronzed, with a talent for laconic improvisation and a disdain for introspection and too much solemnity. Whatever truth it held, Alick Bannerman was its utter antithesis. Small (165cm and 65kg) and intense, he began a counter-tradition to that of … END_OF_DOCUMENT_TOKEN_TO_BE_REPLACED 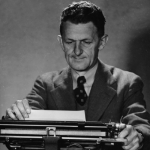 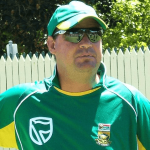 Mickey Arthur - Destined to Fail? by Neil Manthorp Can you imagine Chief Geronimo leading a brigade of Yankee troops into battle against his very own Apache warriors, fighting for the Colonisers against his own people, driving them from their ancestral lands and forcing them to drink brandy and stop painting their faces? Mickey Arthur is – I should say ‘was’ but that hints at … END_OF_DOCUMENT_TOKEN_TO_BE_REPLACED